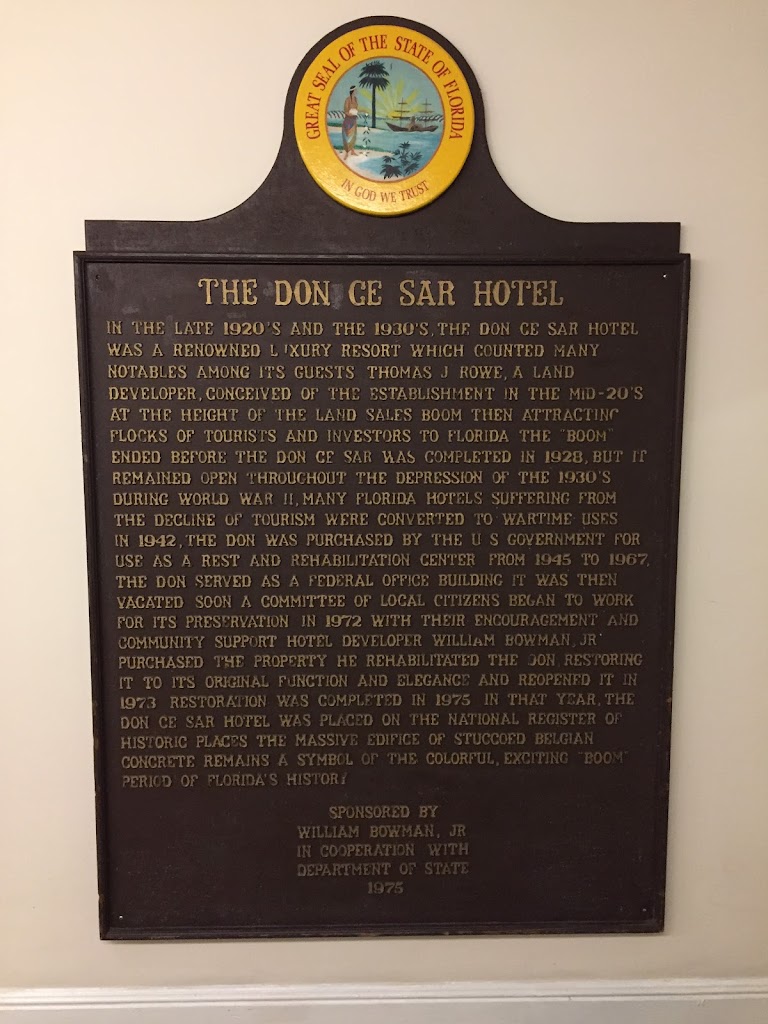 was a renowned luxury resort which counted many

notables among its guests. Thomas J. Rowe, a land

developer, conceived of the establishment in the mid-20's

at the height of the land sales boom then attracting

flocks of tourists and investors to Florida. The "boom"

ended before the Don Ce Sar was completed in 1928, but it

remained open throughout the depression of the 1930's.

During World War II, many Florida hotels suffering from

the decline of tourism were converted to wartime uses.

In 1942, the Don was purchased by the US government for

The Don served as a federal office building. It was then

vacated. Soon a committee of local citizens began to work

for its preservation. In 1972 with their encouragement and

purchased the property. He rehabilitated the Don restoring

it to its original function and elegance and reopened it in

Don Ce Sar Hotel was placed on the National Register of

concrete remains a symbol of the colorful, exciting "boom"