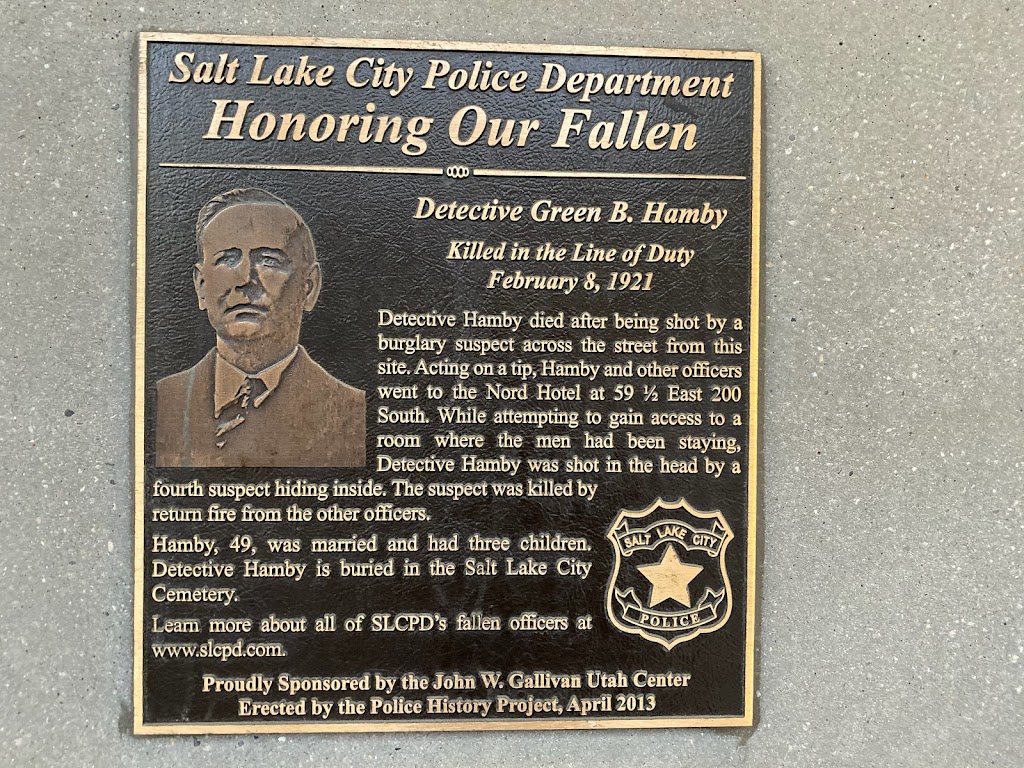 Salt Lake City Police Department
Honoring Our Fallen
Detective Green B. Hamby
Killed in the Line of Duty
February 8, 1921
Detective Hamby died after being shot by a
burglary suspect across the street from this
site. Acting on a tip, Hamby and other officers
went to the Nord Hotel at 59 1/2 East 200
South. While attempting to gain access to a
room where the men had been staying,
Detective Hamby was shot in the head by a
fourth suspect hiding inside. The suspect was killed by
retum fire from the other officers.
Hamby, 49, was married and had three children.
Detective Hamby is buried in the Salt Lake City
Cemetery.
Leam more about all of SLCPD's fallen officers at
www.slepd.com.
Proudly Sponsored by the John W. Gallivan Utah Center
Erected by the Police History Project, April 2013