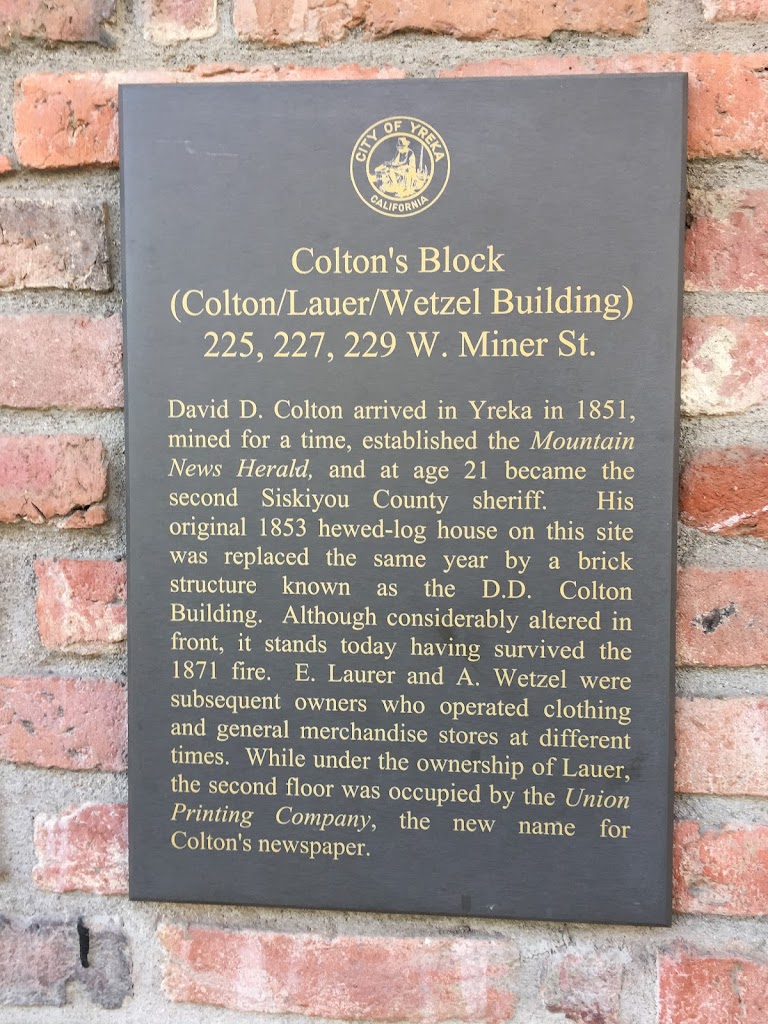 Colton's Block
(Colton/Lauer/Wetzel Building)
225, 227, 229 W. Miner St.
David D. Colton arrived in Yreka in 1851,
mined for a time, established the Mountain
News Herald, and at age 21 became the
second Siskiyou County sheriff.
original 1853 hewed-log house on this site
was replaced the same year by a brick
structure known as
Building. Although considerably altered in
front, it stands today having survived the
1871 fire. E, Laurer and A. Wetzel were
subsequent owners who operated clothing
and general merchandise stores at different
times. While under the ownership of Lauer,
the second floor was occupied by the Union
Printing Company, the new name for
Colton's newspaper.