China Wall of the Sierra 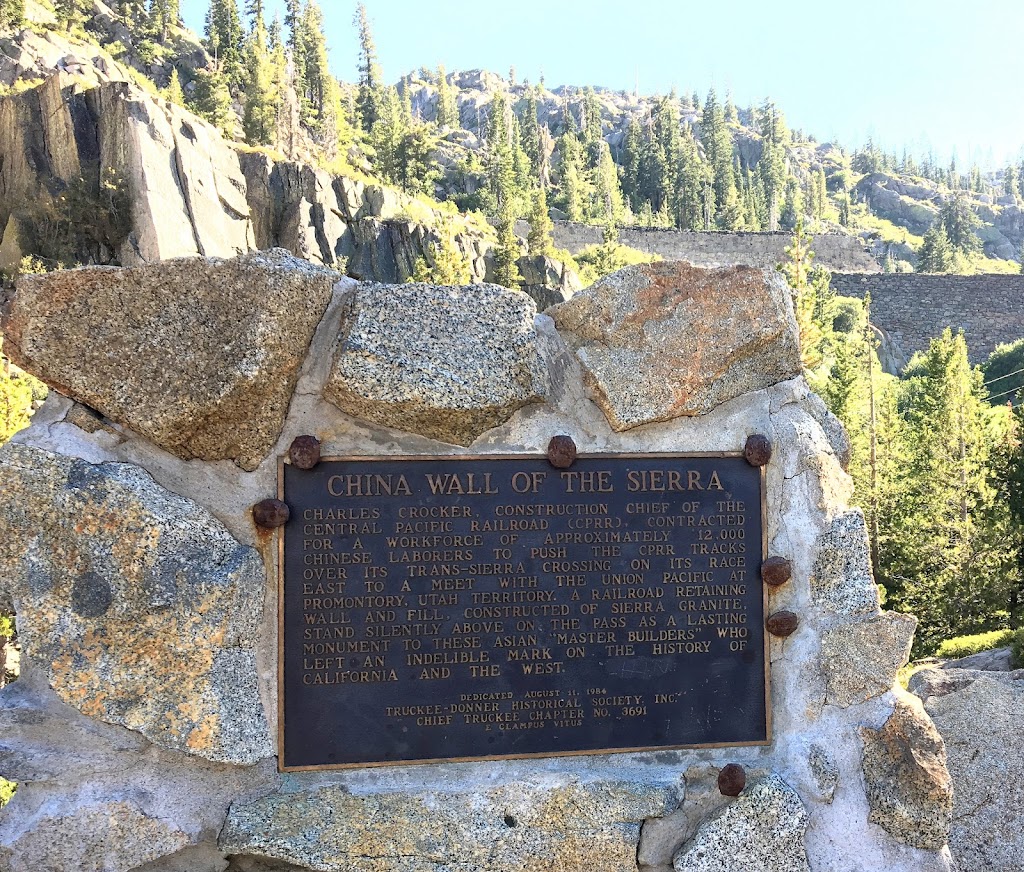 China Wall of the Sierra

Charles Crocker, construction chief of the Central Pacific Railroad (CPRR), contracted for a workforce of approximately 12,000 Chinese laborers to push the CPRR tracks over its trans-Sierra crossing on its race east to meet with the Union Pacific in Promontory, Utah Territory. A railroad retaining wall and fill, constructed of Sierra granite, stand silently above on the pass as a lasting monument to these Asian “master builders” who left an indelible mark on the history of California and the West.

The wall in question is visible in the center-right distance.

One is tempted to note that as late as 1984 -- or, who are we fooling? the same might be said of 2017 -- the plaque's euphemistic praise of the "Asian master builders" is offered without reference to the actual workin conditions of these workers or the real place of Chinese immigrants in Caiifornia during the 19th century and well into the 20th. California is distinguished for leading the fight to bar all Chinese immigration and adopted in its new state Constitution in 1879 an article that sought to make it impossible for anyone of Chinese descent to live or work in the state. Although it stood as an indelible testament to racist hostility -- it wasn't repealed by California voters until 1952 --that provision rather ironically led to a series of landmark cases that affirmed the due process and equal protection rights of the Chinese in America. Another story for another time, perhaps.