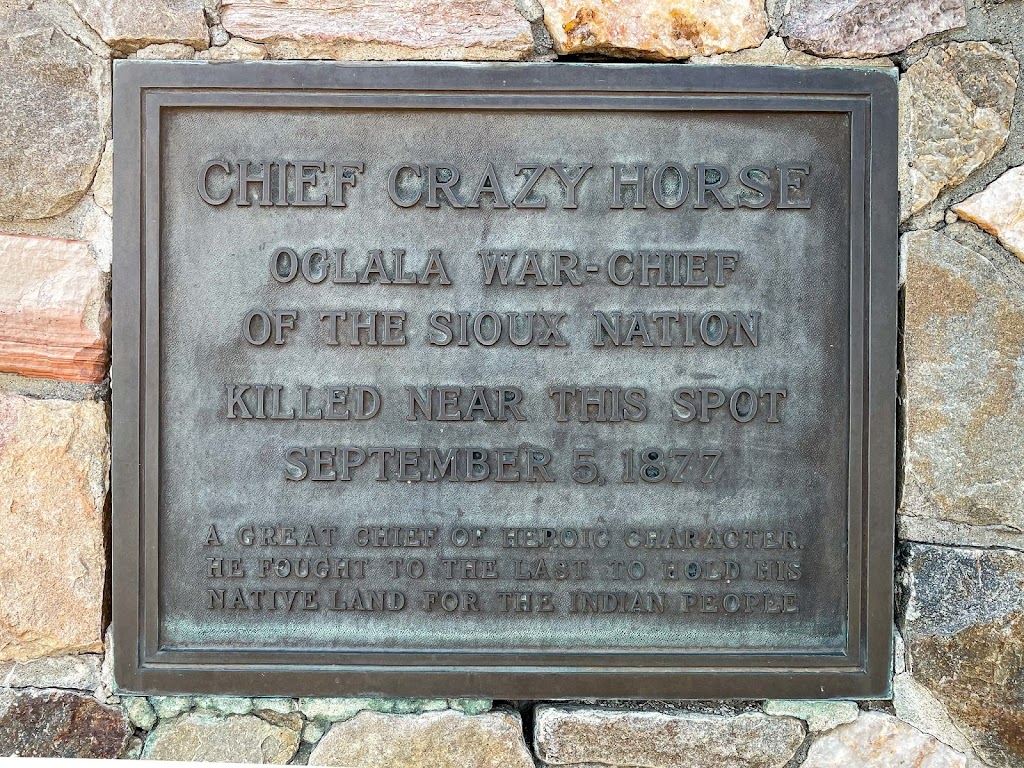 Oglala War-Chief of the Sioux Nation

Killed Near This Spot

A great chief of heroic character. He fought to the last to hold his native land for the Indian people.

This plaque is embedded in one of two identical monuments dedicated during a Labor Day 1934 event. 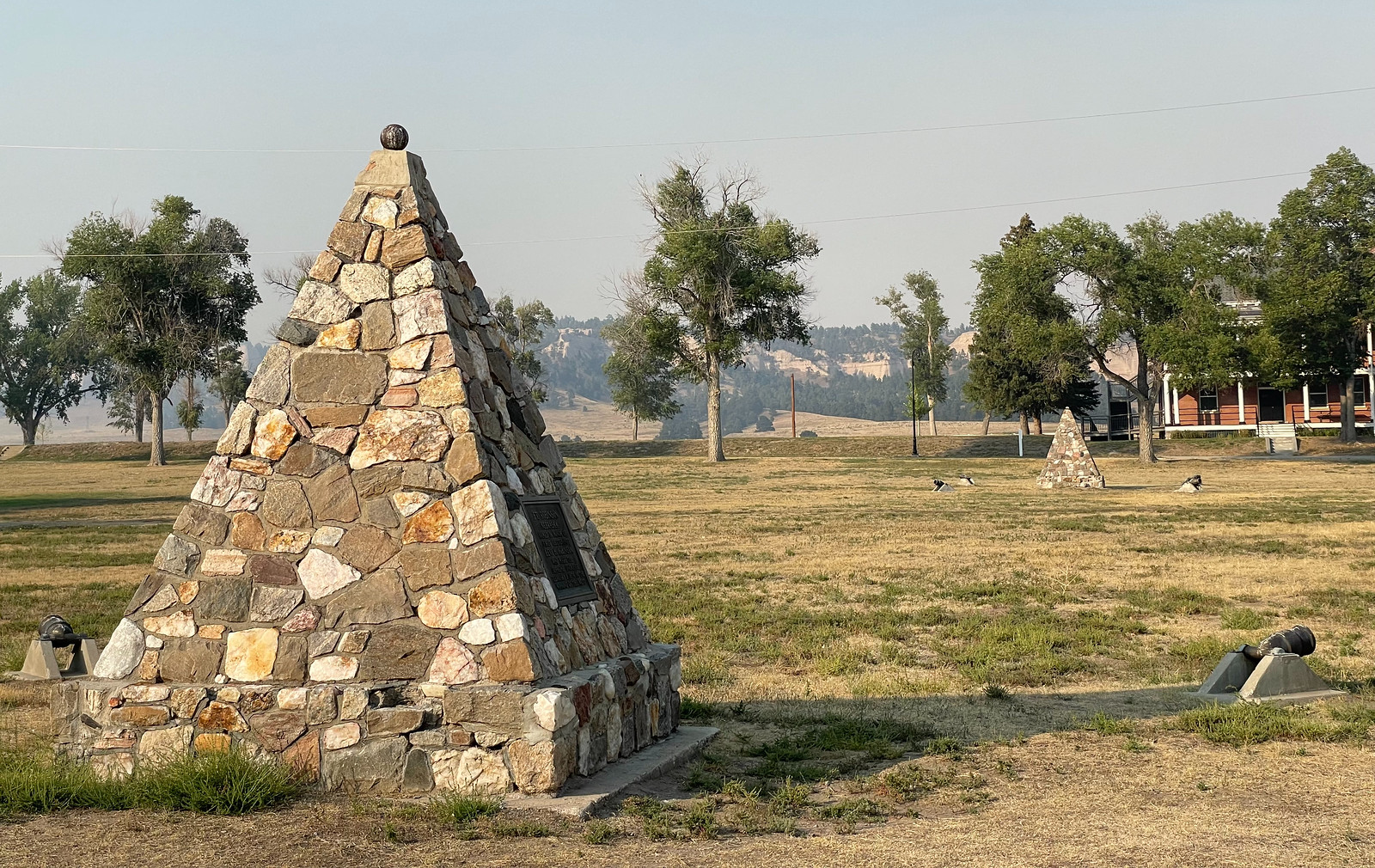 That plaque above alludes to a figure that I'll bet most Americans, or at least those who have a passing acquaintance with the history of the West, have heard of. But Crazy Horse, the Oglala chief who many may know as one of those who led massed tribal forces against Custer at the Little Big Horn, was not the primary honoree of the 1934 observances. That distinction belonged to someone I'd guess virtually no one but those most intimately familiar with the chronicles of the West would recognize: 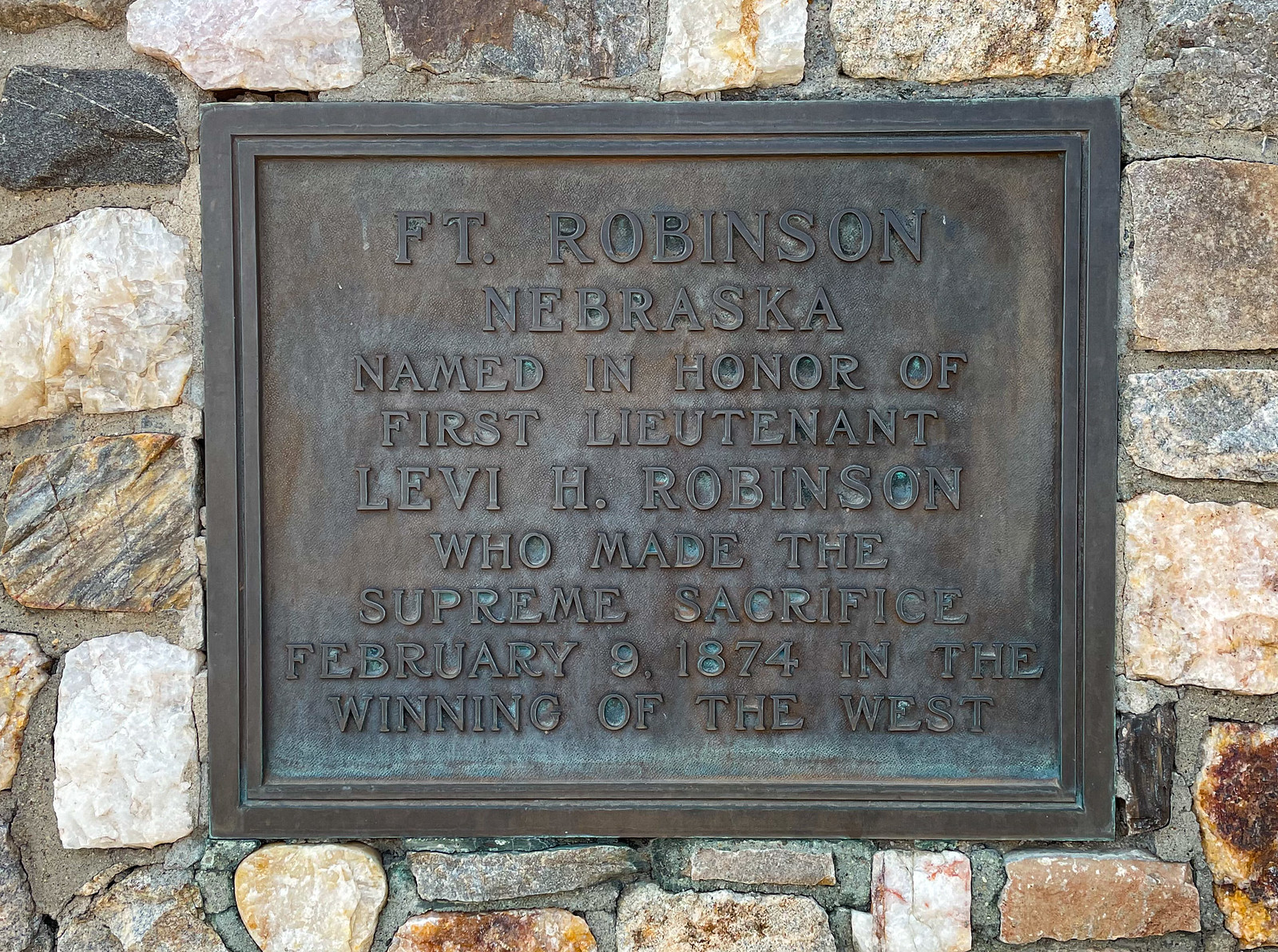 Named in honor of First Lieutenant Levi H. Robinson, who made the supreme sacrifice, February 9, 1874, in the winning of the West.

Who was Levi Robinson, and how did he come to deserve equal treatment with a legendary Native American leader?

A newspaper that recounted the 1934 monument dedication said this: "Little is known of his career. Good soldier he undoubtedly was and resourceful and tough fibered, as men had to be who lived in that country in those days." (Much more can be said about him: He enlisted in a Vermont regiment during the Civil War and was wounded twice during the conflict's final year. After the war, he joined an Army regiment that saw service in the Southwest, in the South, and finally on the Plains. He was killed in an encounter with the Sioux near Fort Laramie, Wyoming, reportedly after becoming separated from a wagon train he was supposed to accompany to go on a deer hunt (see p. 491 and following here: "Fort Laramie and the U.S. Army on the High Plains").

But the Robinson plaque's message, and its elevation of a nearly anonymous junior Army officer to equality an important Sioux chief, is nothing more or less than a conquering civilization's message to the conquered. The message was reinforced by the 1934 Labor Day ceremony itself. One of the guests of honor was a white veteran of the Wounded Knee massacre. An Army band was on hand and among the numbers it played was "Garryowen," famous as the favorite tune of George Armstrong Custer and one that the 7th Cavalry's regimental band played at the outset of the unit's 1868 massacre of Cheyenne people at the Washita River.