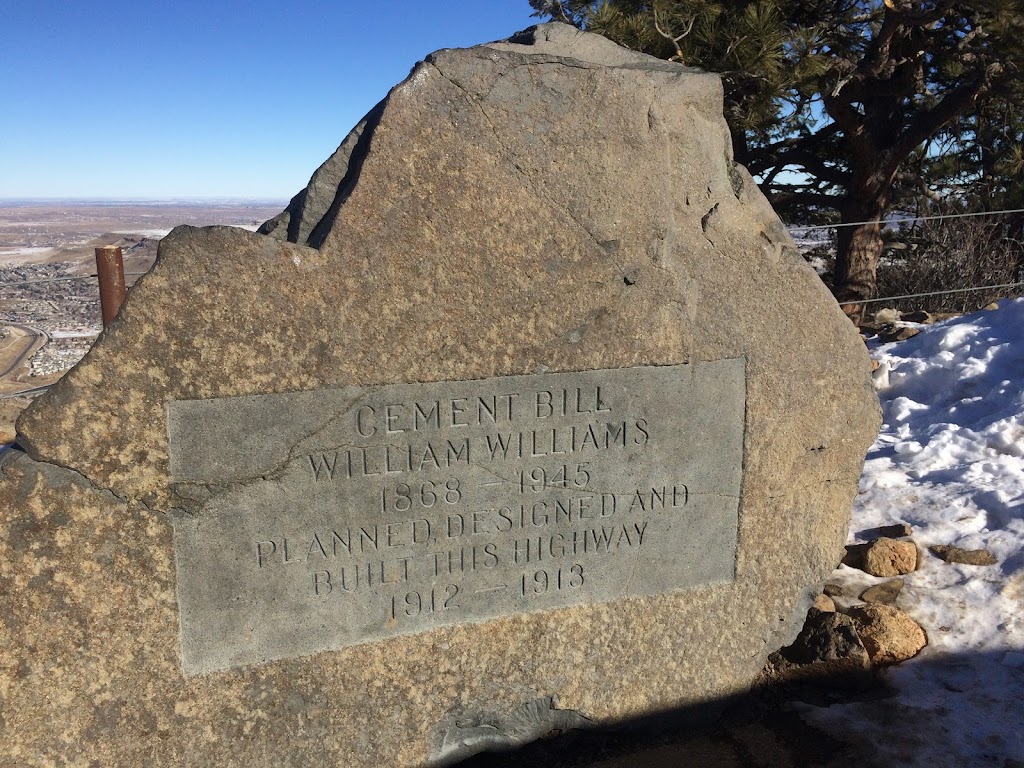 He changed his first name to Cement! William Williams was a cement contractor and became known as "Cement Bill" for his extensive use of the material. Williams adopted Cement as his first name (no quotation marks) to distinguish himself from another resident with the same given name. Cement Bill poured the concrete for many of Golden, Colorado's first sidewalks and built bridges and dams. Cement BIll was an early supporter of the Good Roads Movement and is best known for the construction of the winding road up Lookout Mountain Road (Lariat Trail Road). Later, Cement Bill founded the Williams Steamer Company, which operated a fleet of Stanley Steamers that took passengers into the Colorado Mountains on roads Cement Bill largely constructed. This plaque is on the Lookout Mountain Road with the city of Golden below in the distance. Plaque reads: "CEMENT BILL WILLIAM WILLIAMS 1868-1945 PLANNED, DESIGNED, AND BUILT THIS HIGHWAY 1912-1913"