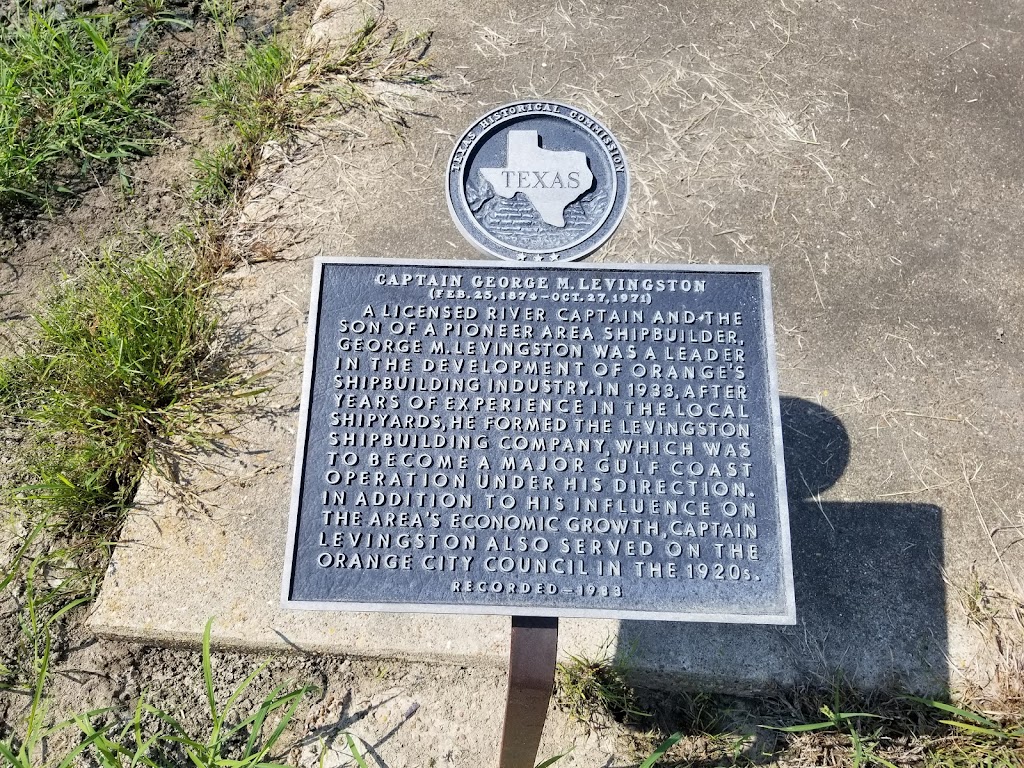 A licensed river captain and the son of a pioneer area shipbuilder, George M. Levingston was a leader in the development of Orange's shipbuilding industry. In 1933, after years of experience in the local shipyards, he formed the Levingston Shipbuilding Company, which was to become a major Gulf Coast operation under his direction. In addition to his influence on the area's economic growth, Captain Levingston also served on the Orange City Council in the 1920s.Recorded - 1983