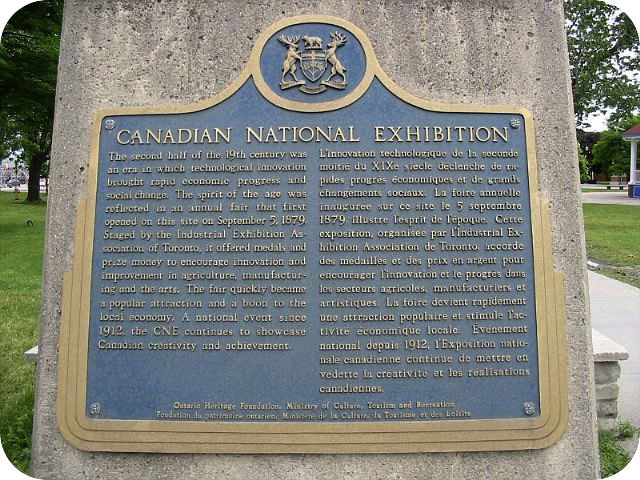 The second half of the 19th century was an era in which technological innovation brought rapid economic progress and social change. The spirit of the age was reflected in an annual fair that first opened on this site on September 5, 1879. Staged by the Industrial Exhibition Association of Toronto, it offered medals and prize money to encourage innovation and improvement in agriculture, manufacturing and the arts. The fair quickly became a popular attraction and a boon to the local economy. A national event since 1912, the CNE continues to showcase Canadian creativity and achievement.