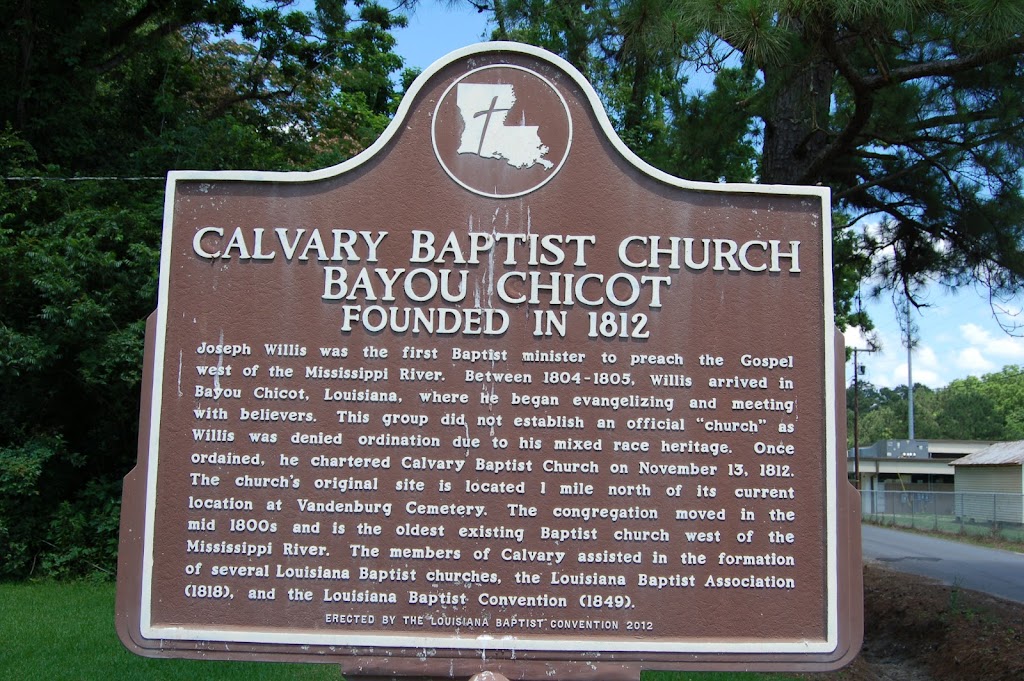 Founded in 1812.
Joseph Willis was the first Baptist minister to preach the Gospel west of the Mississippi River. Between 1804-1805, Willis arrived in Bayou Chicot, Louisiana, where he began evangelizing and meeting with believers. This group did not establish an official "church” as Willis was denied ordination due to his mixed race heritage. Once ordained, he chartered Calvary Baptist Church on November 13, 1812. The church's original site is located 1 mile north of its current location at Vandenburg Cemetery. The congregation moved in the mid 1800s and is the oldest existing Baptist church west of the Mississippi River. The members of Calvary assisted in the formation of several Louisiana Baptist churches, the Louisiana Baptist Association (1818), and the Louisiana Baptist Convention (1849).