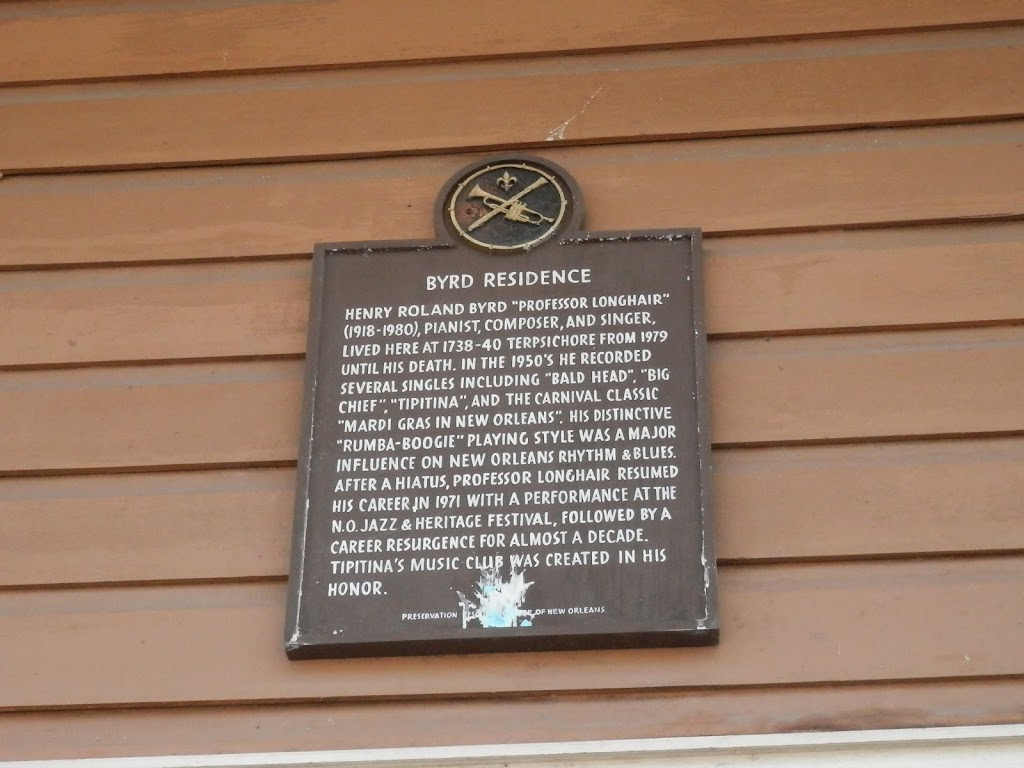 Henry Roeland Byrd "Professor Longhair" (1918-1980), pianist, composer, and singer, lived here at 1738-40 Terpsichore from 1979 until his death. In the 1950’s he recorded several singles including “Bald Head”, "Big Chief", “Tipitina”, the carnival classic “Mardi Gras In New Orleans”. His distinctive “rumba-boogie” playing style was a major influence on New Orleans rhythm & blues. After a hiatus, Professor Longhair resumed his career in 1971 with a performance at the N.O. Jazz & Heritage Festival, followed by a career resurgence for almost a decade. Tipitina’s music club was created in his honor