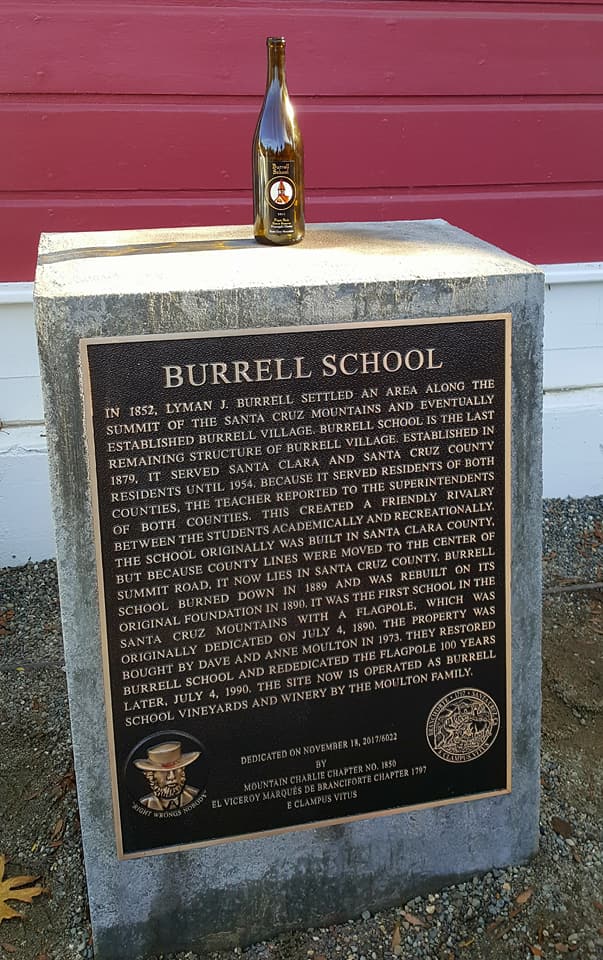 In 1852, Lynman J. Burrell settled an area along the Santa Cruz Mountains and eventually establish Burrell Village. Burrell School is the last remaining structure of Burrell Village. Established in 1879, it served Santa Clara and Santa Cruz County residents until 1954. Because it served residents of both counties, teachers reported to superintendents of both counties. This created a friendly rivalry between the students academically and recreationally. The school was originally built in Santa Clara County, but because county lines were moved to the center of Summit Road, now lies in Santa Cruz County. Burrell School burned down in 1889 and was rebuilt on its original foundation in 1890. It was the first school in the Santa Cruz Mountains with a flagpole, which was originally dedicated on July 4 1890. The property was bought by Dave and Anne Moulton in 1973. They restored Burrell School and rededicated the flagpole a 100 years later on July 4, 1990. The site now is operated as Burrell School Vineyards and Winery by the Moulton Family.