Birthplace of the American League 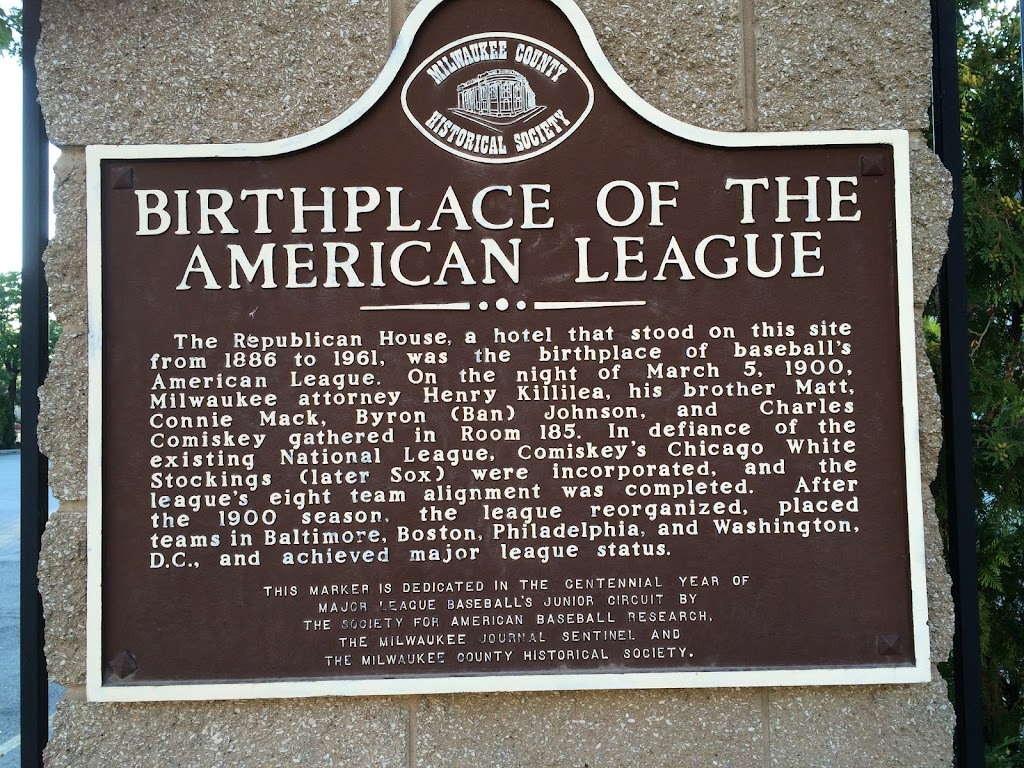 BIRTHPLACE OF THE
AMERICAN LEAGUE

The Republican House, a hotel that stood on this site
from 1886 to 1961, was the birthplace of baseball’s
American League. On the night of March 5, 1900,
Milwaukee attorney Henry Killilea, his brother Matt,
Connie Mack, Byron (Ban) Johnson, and Charles
Comiskey gathered in Room 185. In defiance of the
existing National League, Comiskey’s Chicago White
Stockings (later Sox) were incorporated, and the
league's eight team alignment was completed. After
the 1900 season, the league reorganized, placed
teams in Baltimore, Boston, Philadelphia, and Washington,
D.C., and achieved major league status.