Beyond A Reasonable Doubt 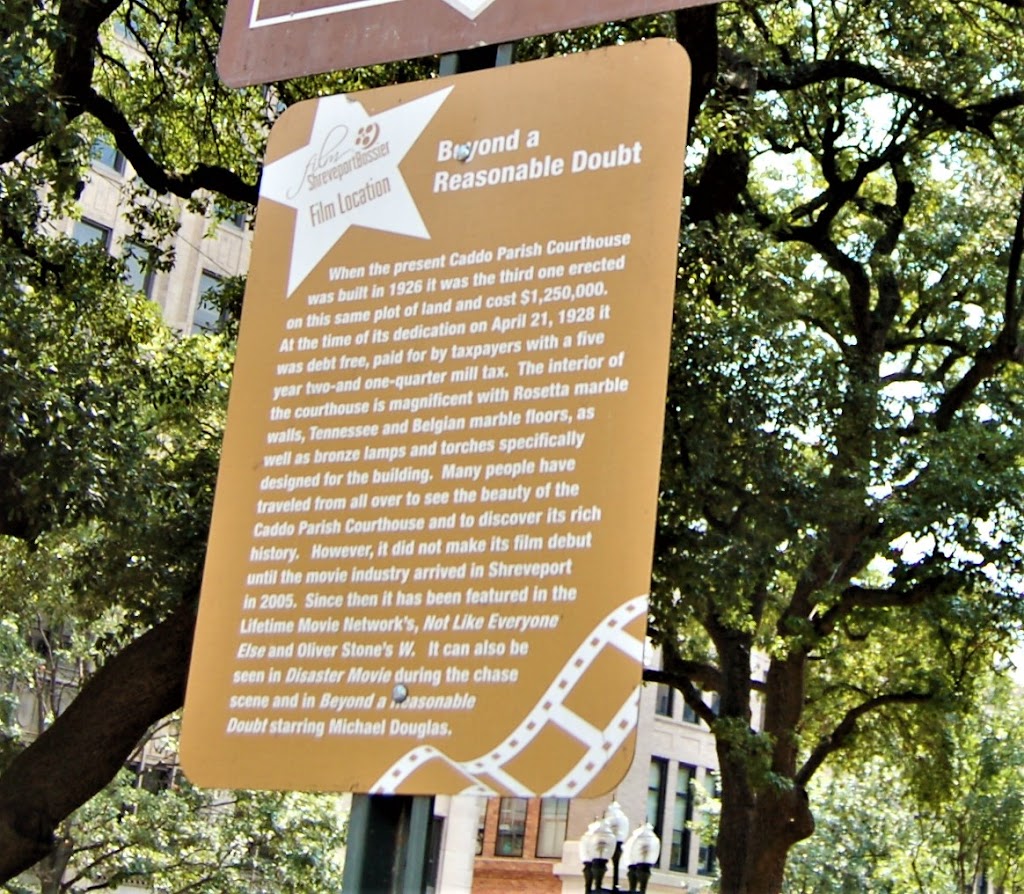 When the Caddo Parish Courthouse was built in 1926 it was the third one erected on this same plot of land and cost $1,2500,000. At the time of its dedication on April 21, 1928 it was debt free, paid for by taxpayers with a five year two-and-one-quarter mil tax. The interior of the courthouse is magnificent with Rosetta marble floors, as well as bronze lamps and torches specifically designed for this building. Many people have traveled from all over to see the beauty of the Caddo Parish Courthouse and to discover its rich history. However, it did not make its film debut until the movie industry arrived in Shreveport in 2005. Since then it has been featured in the Lifetime Movie Network's, Not Like Everyone Else and Oliver Stone's W. It can also be seen in Disaster Movie during the chase scene and in Beyond a Reasonable Doubt starring Michael Douglas.