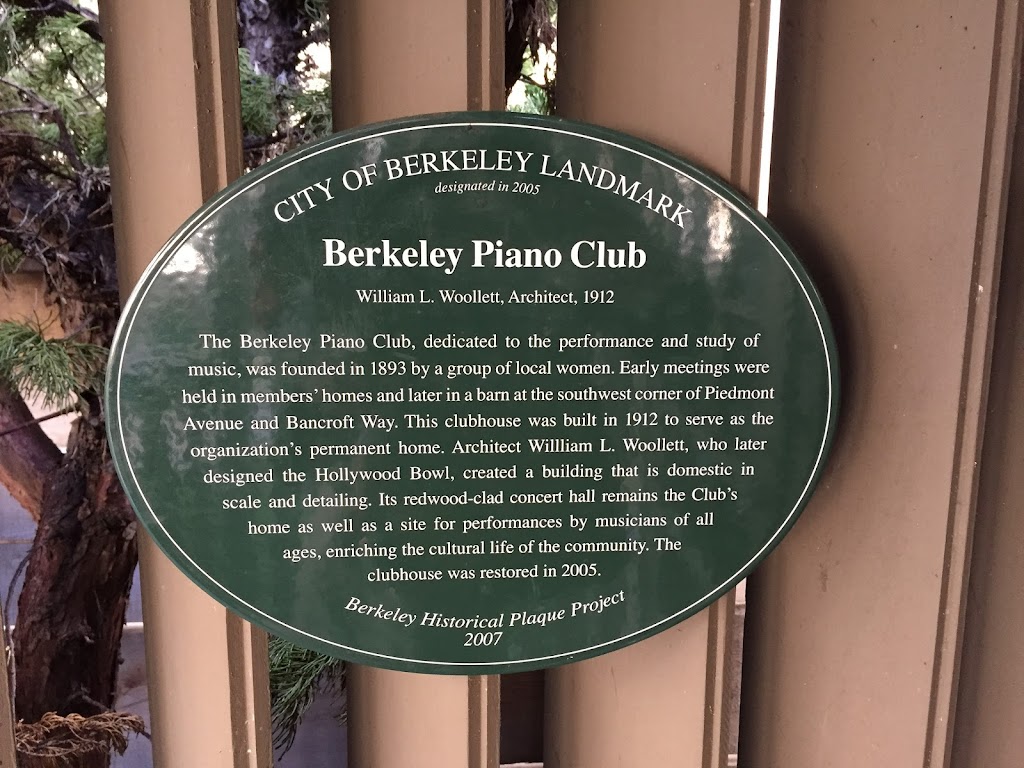 CITY OF BERKELEY LANDMARK
designated in 2005

The Berkeley Piano Club, dedicated to the performance and study of
music, was founded in 1893 by a group of local women. Early meetings were
held in members’ homes and later in a barn at the southwest corner of Piedmont
Avenue and Bancroft Way. This clubhouse was built in 1912 to serve as the
organization’s permanent home. Architect William L. Woollett, who later
designed the Hollywood Bowl, created a building that is domestic in
scale and detailing. Its redwood-clad concert hall remains the Club’s
home as well as a site for performances by musicians of all
ages, enriching the cultural life of the community. The
clubhouse was restored in 2005.