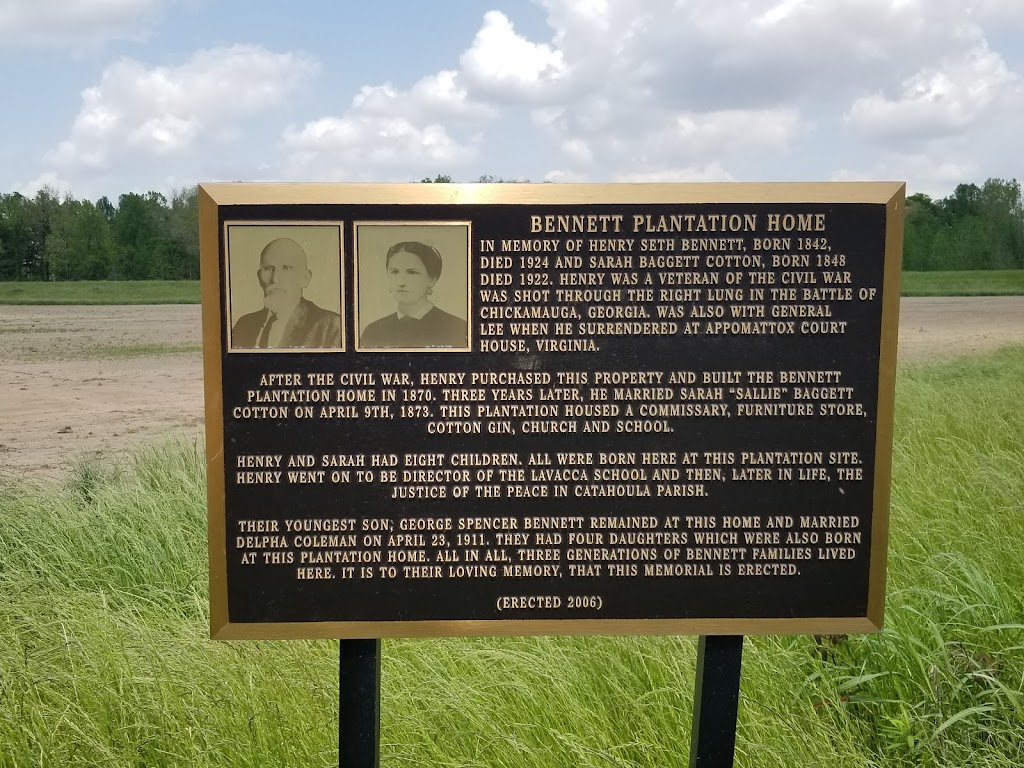 In memory of Henry Seth Bennett, born 1842, died 1924 and Sarah Baggett Cotton, born 1848 died 1922. Henry was a veteran of the Civil War was shot through the right lung in the Battle of Chickamauga, Georgia. Was also with General Lee when he surrendered at Appomattox Court House, Virginia.After the Civil War, Henry purchased this property and built the Bennett Plantation Home in 1870. Three years later, he married Sarah "Sallie" Baggett Cotton on April 9th, 1873. This plantation housed a commissary, furniture store, cotton gin, church and school.Henry and Sarah had eight children. All were born here at this plantation site. Henry went on to be director of the Lavacca school and then, later in life, the Justice of the Peace in Catahoula Parish.Their youngest son; George Spencer Bennett remained at this home and married Delpha Coleman on April 23, 1911. They had four daughters which were also born at this plantation home. All in all, three generations of Bennett families lived here. It is to their loving memory, that this memorial is erected.