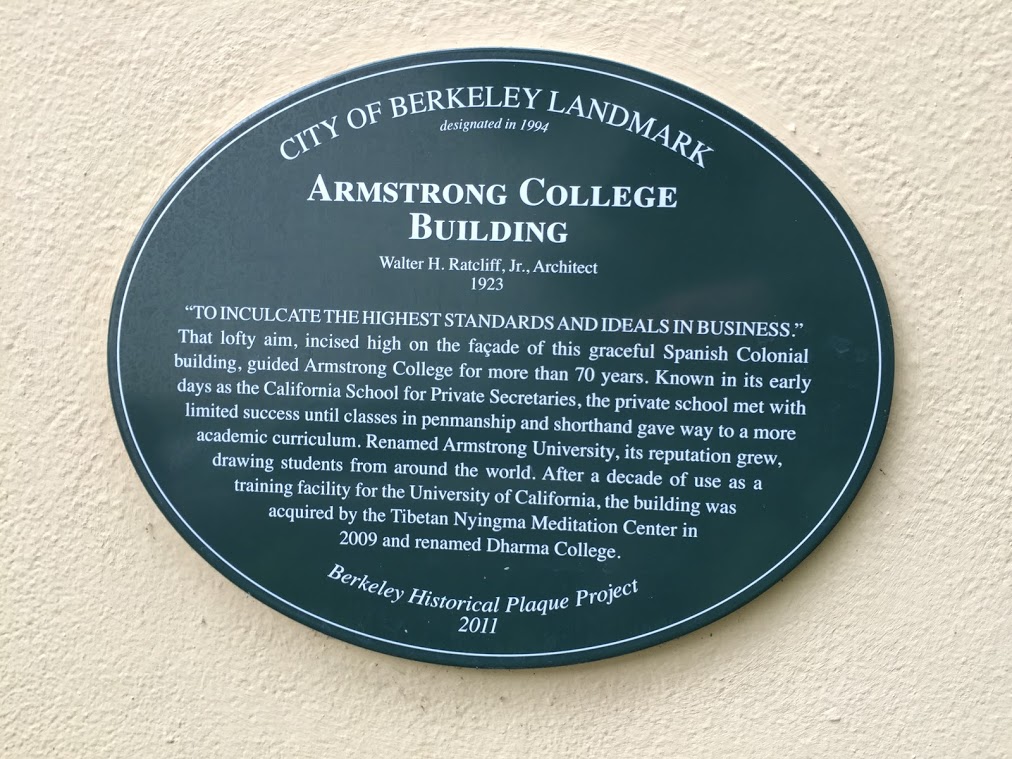 “TO INCULCATE THE HIGHEST STANDARDS AND IDEALS IN BUSINESS."

That lofty aim, incised high on the facade of this graceful Spanish Colonial
building, guided Armstrong College for more than 70 years, Known in its early
days as the California School for Private Secretaries, the private school met with
limited success until classes in penmanship and shorthand gave way to a more
academic curriculum. Renamed Armstrong University. its reputation grew.
drawing students from around the world. After a decade of use as a
training facility for the University of California. the building was
acquired by the Tibetan Nyingma Meditation Center in
2009 and renamed Dharma College.