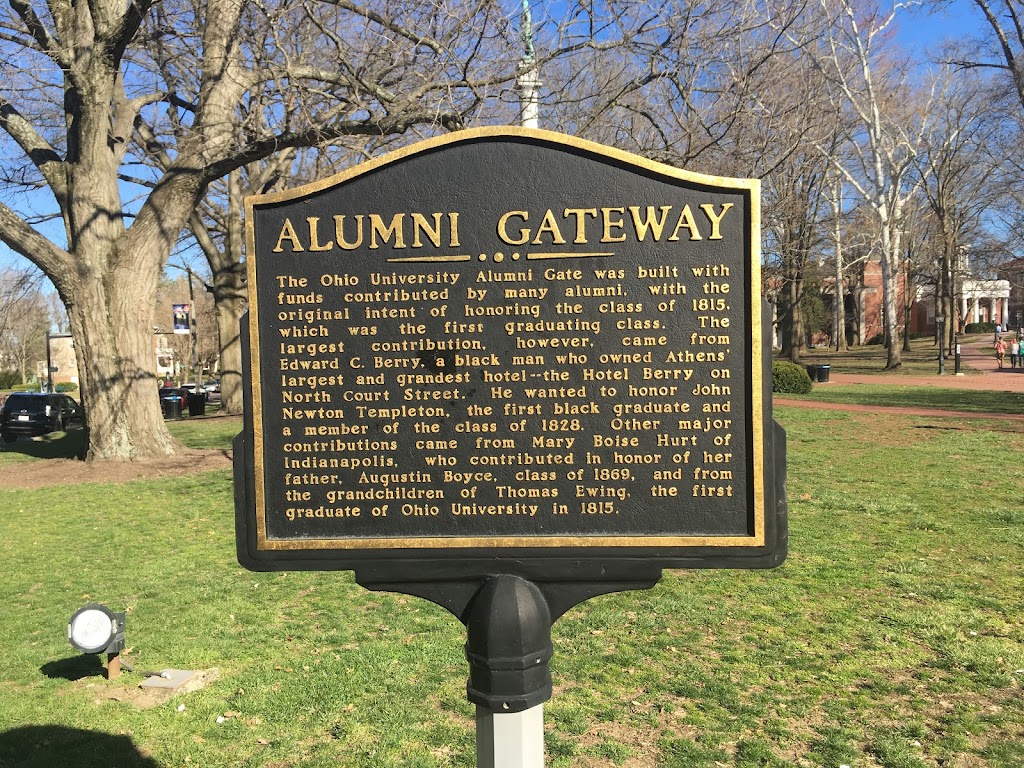 The Ohio University Alumni Gate was built with funds contributed by many alumni, with the original intent of honoring the class of 1815, which was the first graduating class. The largest contribution, however, came from Edward C. Berry, a black man who owned Athens’ largest and grandest hotel—the Hotel Berry on North Court Street. He wanted to honor John Newton Templeman, the first black graduate and a member of the class of 1828. Other major contributions came from Mary Boise Hurt of Indianapolis, who contributed in honor of her father, Augustin Boyce, class of 1869, and from the grandchildren of Thomas Ewing, the first graduate of Ohio University in 1815.