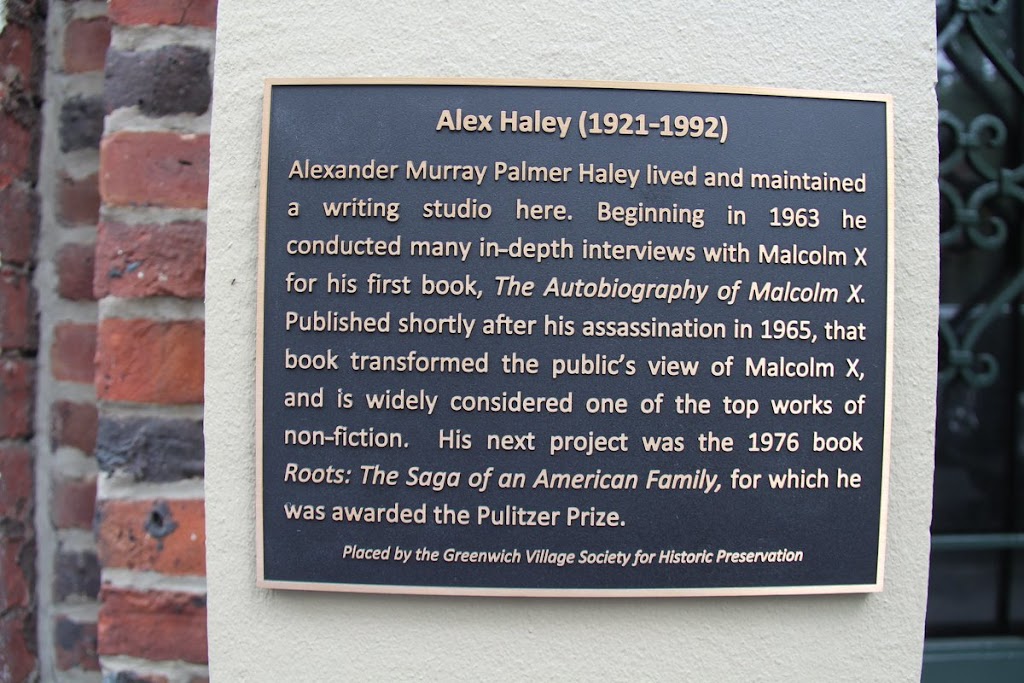 Alex Haley (1921-1992)
Alexander Murray Palmer Haley lived and maintained
a writing studio here. Beginning in 1963 he
conducted many in-depth interviews with Malcolm X
for his first book, The Autobiography of Malcolm X.
Published shortly after his assassination in 1965, that
book transformed the public's view of Malcolm X,
and is widely considered one of the top works of
non-fiction. His next project was the 1976 book
Roots: The Saga of an American Family, for which he
was awarded the Pulitzer Prize.
Placed by the Greenwich Village Society for Historic Preservation