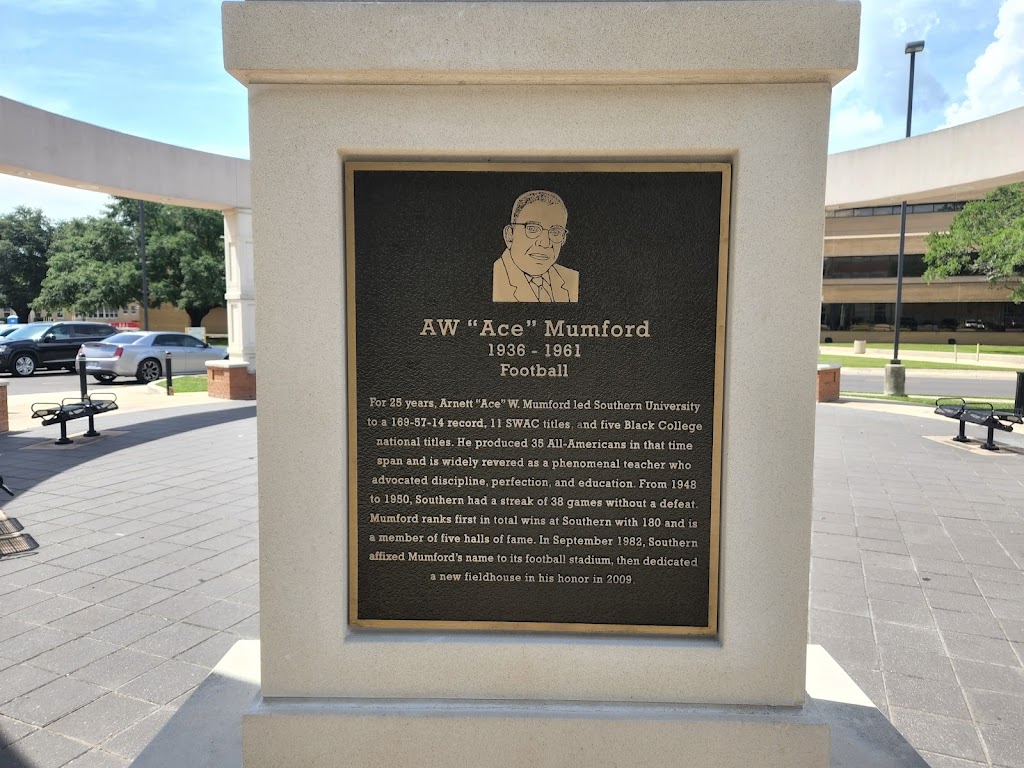 1936-1961
Football
For 25 years, Arnett "Ace” W. Mumford led Southern University to a 169-57-14 record, 11 SWAC titles, and five Black College national titles. He produced 35 All-Americans in that time span and is widely revered as a phenomenal teacher who advocated discipline, perfection, and education. From 1948 to 1950, Southern had a streak of 38 games without a defeat. Mumford ranks first in total wins at Southern with 180 and is a member of five halls of fame. In September 1982, Southern affixed Mumford's name to its football stadium, then dedicated a new fieldhouse in his honor in 2009.