A Fight at Midnight 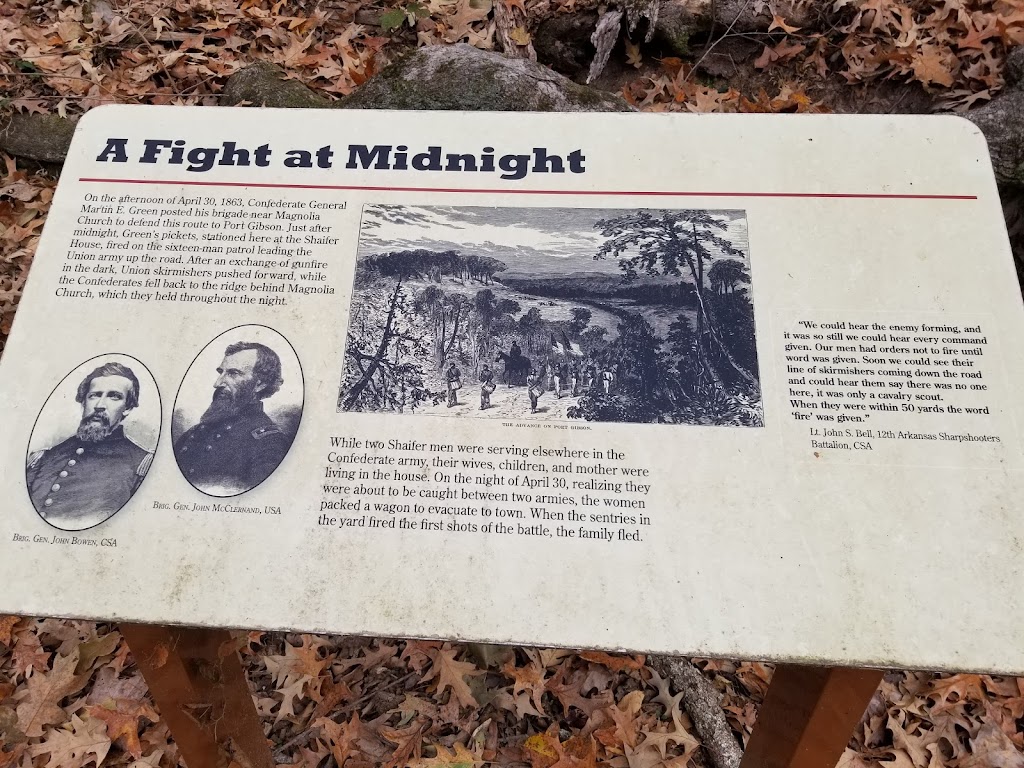 On the afternoon of April 30, 1863, Confederate General Martin E. Green posted his brigade near Magnolia Church to defend this route to Port Gibson. Just after midnight, Green's pickets, stationed here at the Shaifer House, fired on the sixteen-man patrol leading the Union army up the road. After an exchange of gunfire in the dark, Union skirmishers pushed forward, while the Confederates fell back to the ridge behind Magnolia Church, which they held throughout the night.

While two Shaifer men were serving elsewhere in the Confederate army, their wives, children, and mother were living in the house. On the night of April 30, realizing they were about to be caught between two armies, the women packed a wagon to evacuate to town. When the sentries in the yard fired the first shots of the battle, the family fled.

"We could hear the enemy forming, and it was so still we could hear every command given. Our men had orders not to fire until word was given. Soon we could see their line of skirmishers coming down the road and could hear them say there was no one here, it was only a cavalry scout. When they were within 50 yards the word `fire' was given."