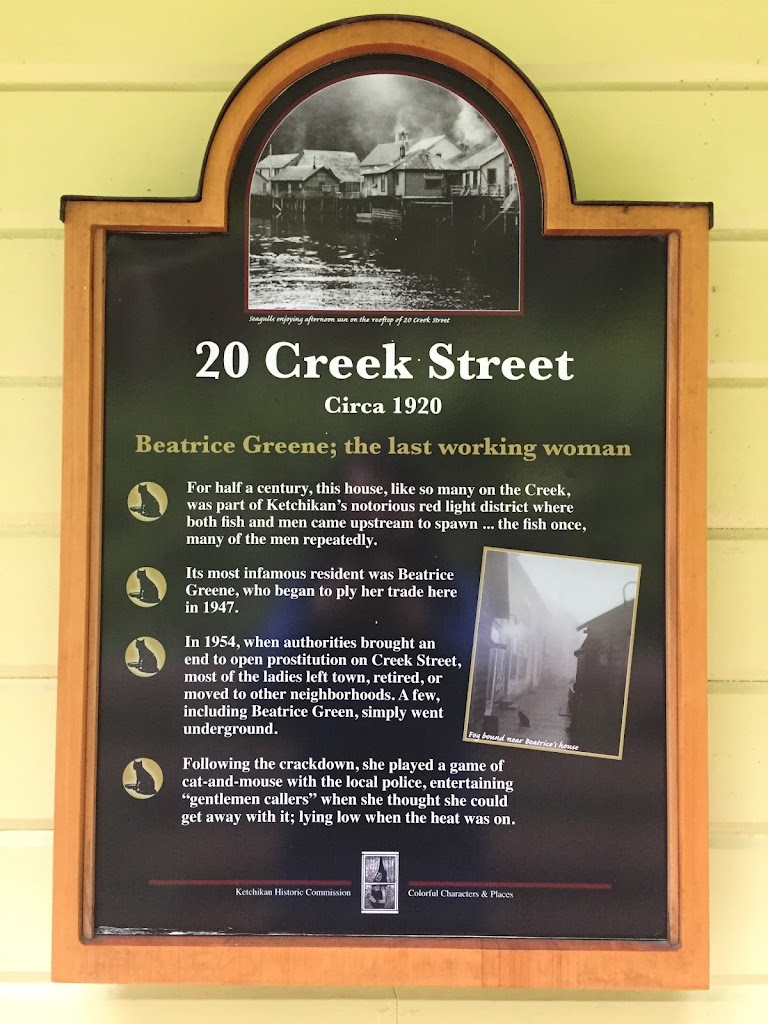 Seagulls enjoying afternoon sun on the rooftop of 20 Creek Street.

Beatrice Greene; the last working woman
- For half a century, this house, like so many on the Creek, was part of Ketchikan's notorious red light district where both fish and men came upstream to spawn ... the fish once, many of the men repeatedly.
- Its most infamous resident was Beatrice Greene, who began to ply her trade here in 1947.
- In 1954, when authorities brought an end to open prostitution on Creek Street, most of the ladies left town, retired, or moved to other neighborhoods. A few, including Beatrice Greene, simply went underground.
- Following the crackdown, she played a game of cat-and-mouse with the local police, entertaining "gentlemen callers" when she thought she could get away with it; lying low when the heat was on.